You are here: start » public » metadata

What is metadata, and why is it important?

Metadata is data that describes data. Imagine you had a present for someone. Without having to tear the wrapping papers and open the box, a label with written note attached can tell you what they are going to get.

A carefully wrapped present with out a label might add excitement for the gift recipient, but data without a metadata is not usable. Data is simply number and figures. Data doesn’t mean anything without a description, a metadata.

For CKAN purposes, data is published in units called “datasets”. A dataset is a parcel of data - for example, it could be the crime statistics for a region, the spending figures for a government department, or temperature readings from various weather stations or a reference document. 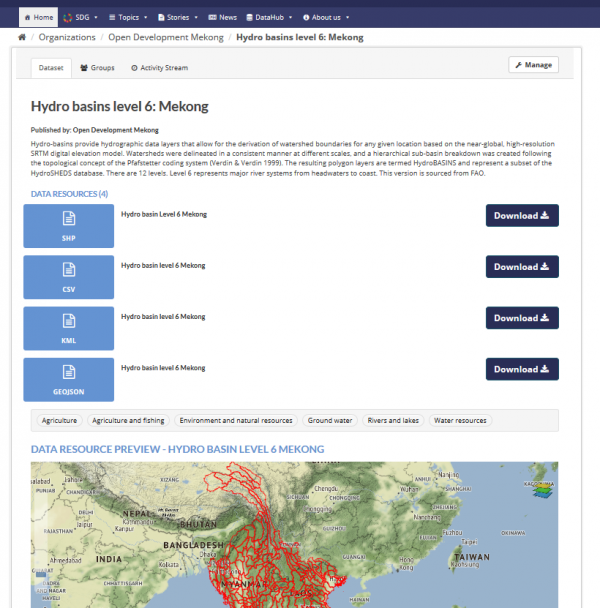 Metadata provides important context about an informational asset’s source and manner of creation, as well as in what applications or environments the asset is relevant.

Metadata also has the following purposes:

Information is often imperfect, whether it is produced by members of the Open Development Network or by others. Details may be missing, badly defined, or even completely wrong. Sometimes it is possible to improve the quality of the information by contacting its source. But even even then, problems may remain.

How may we create an accurate and useful metadata when the information it is describing might be flawed?

We aim to produce, to the best of our ability, an accurate metadata by describing the extent of our knowledge about the asset/resource. A good metadata should clearly state what is known about the resource and what is not known or problematic. Metadata changes when the asset itself or knowledge about its condition changes.

If information is missing or inconsistent, describe the known inconsistencies or gaps instead of disregarding the resource. Mention any steps being taken to address these issues, along with an expected timeline.

These metadata templates were developed by adapting and enhancing the standard CKAN's metadata template. Each template contains metadata fields common for all dataset types on CKAN and a set of fields that are only applicable to the dataset type. For example, metadata about a research report (Library records) will have information about author(s) and publishers (s); metadata for laws and policies (Law records) will instead have information about the drafting agency, issuing agency, and promulgation date etc.

The templates below outline information that should be included and offer instruction for each metadata field.

Metadata for dataset (both spatial and non-spatial)

Other metadata fields exposed by the CKAN API: